7 Important Lessons for Startups in the Sharing Economy from Lyft, Storefront, Yerdle, and Boatbound The sharing economy has been on everyone’s minds lately. From Airbnb host conferences to Uber PR meltdowns (and the question of whether Uber is even part of the sharing economy), it’s a hot topic. Central to the sharing economy are the two-sided marketplace communities that must be built to facilitate collaborative consumption. That’s where our work comes in.

Community builders from around the Bay Area gathered in November for the SF Community Manager Meetup panel at the VAULT. They gathered to learn best practices, lessons, and tips for building thriving collaborative communities. But this wasn’t just a room strictly full of community professionals; it was also full of founders, small business owners, marketing managers, and more.

The brain trust in the room was powerful: Tristan Pollock, co-founder of Storefront; David Rust, Senior Manager of Community at Lyft; Aaron Hall, founder of Boatbound; and Shira Levine, Head of Community at Yerdle. The panel was moderated by CMX’s own David Spinks.

It was clear we’re in a boom for the sharing economy – but it also became clear, as the panel started, that we’re still in the infancy of this economy. We have a lot to learn as community builders about how to develop two-sided markets and sustain community engagement for the long haul.

These community leaders shared seven key lessons about the present and future of the sharing economy and how we, as community builders, can shepherd these communities along out of infancy and into maturity.

1. The sharing economy is (or at least should be) about human connection.

Despite all the talk of technology making us interact less, everyone on the panel was passionate about the prospect of the sharing economy making our world smaller and more intimate. The sharing economy should bring all the circles we inhabit together and make strangers into partners and partners into friends.

It’s an interesting distinction as many of these platforms become less about the human interaction and more about convenience or affordability.

As Tristan Pollock explained, the person you share with “could be your next door neighbor. That’s what this is all about: bringing it back to a small-town model.”

So while it may be cheaper and more convenient, what really makes these sharing platforms successful is the human interaction.

2. In many ways, these systems may be more trustworthy than the traditional ones they’re disrupting.

The ability to create community structures and reputation systems keeps people accountable to one another in a way that traditional business models never have, such as hotels and taxicabs. In the former case, TripAdvisor and Yelp have done the first step of creating reviews and accountability for businesses, but now consumers are hungry for more immediate feedback loops and real connection when they travel.

Shira Levine’s enthusiasm for the sharing economy and its possibilities in this realm was clear: “We’re in an age of unparalleled data transparency. We can gut-check anything, which helps lubricate transactions.”

And Tristan didn’t hold back on the shortcomings of the traditional taxicab industry: “Trust has never been better. Riding in a cab? The driver doesn’t care, the cab company doesn’t care, there are no ratings (on either side). The sharing economy changes all that.”

The sharing economy gives us solid reputation systems to rely on, social capital to play with, and the desire to ensure that we have good experiences in the future within these communities.

3. When considering starting a sharing economy startup, you have to consider the risk/reward balance.

Could anything be turned into a sharing economy company? Maybe, but if you want enough uptake, you have to think about how much risk the user is taking for how much reward.

As David Rust explained: “People are more willing to rent out their house than their car; it’s easy to ruin both, but there’s much more potential for profit with the house. One of the early sharing economy startups let you rent your car out to someone. You could make maybe $60/day, but there was high risk that they could damage it. For Lyft, you’re the one driving so there’s less risk and you can make a lot more.”

Harkening back to some failures in the space, Aaron Hall pointed out that the idea of renting out your hammer to a neighbor makes sense, but “is so time-consuming and low-profit it ends up not being worth the effort for most folks.”

The balance between effort and reward must be there. Think about the kind of value you’re delivering. Is it really worth it for the sellers and buyers?

4. You need to figure out what side of your community to focus most of your time on.

While both sides of your community are important, there’s generally going to be one that’s crucial for the business – and thus needs the most management focus.

Generally, the speakers agreed, it’s the supply side. After all, as long as the initial concept is valid, then demand can be generated.

“We focus on the drivers, as they put a lot more time into it than riders,” David said of Lyft.

Shira had a handy litmus test: “If you had $1 to spend, would you spend it on one more item in your marketplace or one more buyer? Boil it down. It’s very difficult in one department to manage both sides. We actually separate the ‘demand generator’ and ‘supply generator’ roles.”

“You need to monitor closely to make sure the supply and demand are balanced. It’s a rollercoaster,” said Tristan.

5. Nurturing your super-users is the best recipe for success.

“You don’t need that many of your users to be especially engaged,” said David Rust. “It’s the 80/20 rule – 20% will do that thing you need and that’ll provide the value to the rest.”

Storefront uses its past retailers to train their new ones: “We help past customers share best practices like how to hold a three-day sale in a store.”

For Lyft, first and foremost this was “reinforcement” and reminding of the mission.

“If there are 19 other drivers posting on the forum, you think ‘Ok, I’m gonna keep driving’.” Super-users also were key to helping Lyft scale. Several months into a year in which their goal was launching 70 cities in one year, they had launched exactly one city. They were struggling to find an office space and hiring local employees to work with drivers. Forced to innovate, they thought “what if, instead of having new drivers come into the office, we just have them meet an experienced driver in a parking lot?”

From that thought, the mentorship program was born: mentors get paid an extra fee to go on a ride with new drivers that is a combo interview and driving test. “It was scary,” David admits. “But it worked.”

6. There’s no silver bullet for engaging this audience – just elbow grease and experimentation.

“Serendipitously, we created Facebook groups for drivers in specific cities,” David said. “As we all know, Facebook is great for engagement. The groups blew up: drivers started connecting, planning meetups, doing things like creating nicknames.” (“Nightcrawlers” are those who drive the night shift.)

To get more boaters on the Boatbound platform, Aaron “went to every marina with flyers, beer cozies, etc.” They also focused on getting people to spread the messaging: “Boating is aspirational. People think it’s expensive. But with six folks at $30 each, you can absolutely spend a day on a boat. You don’t need a license. We’d find the mental hurdles and knock them down as quickly as possible.”

And Boatbound is incredibly hands-on with all of their new users. “Right now, every time there’s a rental, we try to talk directly to both the buyer and provider and often meet them at the dock with swag.”

David echoed that hard-working sentiment: “It worked because we put in the work, hosting events weekly and responding to every Facebook post and having our CEO interview every single driver. It was about making folks believe in us.”

7. Community is a delicate balance, even when you reach scale.

David was candid: “We’re wrestling with this right now. Scaling community is one of the hardest things. You have to keep figuring out why community is important. Initially, it’s really obvious, but it becomes harder to find as you grow.”

Aaron agreed: ”It’s a challenge every company, not just in the sharing economy, goes through – scaling your values and culture as you grow.”

The solution, David posited, is not trying to keep talking to all your users (or even all your superusers). “You can’t stay in contact with everyone, so you have to start adding tiers and having this tier talk to the lower tier.”

Shira didn’t disagree, but pointed out how much more powerful human interactions are at that scale. “When your company and community are huge, a community manager dropping into a community forum or chat is powerful. Having an executive do it is even more powerful. Don’t say you don’t have time for one chat here and there – you have time to make that kind of impact.”

In the coming years, the sharing economy will continue to grow and money will continue to flood into creating community marketplaces that create trust and build connections. We will have to turn to one another to share resources efficiently.

That means the role of community builders will become ever-more vital to the economy as a whole. So as we move forward, let’s continue to pool our knowledge, share best practices, and build better, stronger communities. 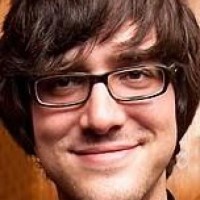