Ana Noemi, a native New Yorker specializing in developer-focused community building, explored how we can learn about community from fields beyond the confines of the tech startup world.

She’s seen firsthand how community works in a number of organizations, and has reached a conclusion about the community manager struggle:

“We probably envisioned pulling people together, rallying around a cause, and making people feel appreciated. And we do those things…on a good day.”

The problem is, we wind up spending a lot of time justifying ourselves, which is simply exhausting.

“What we do is a lot bigger than startups,” Ana said, pointing to David’s comment earlier that community has existed since the beginning of society itself. “It’s easy to lose sight of our purpose when we’re facing a constant onslaught,” but you don’t need to reinvent the wheel in order to build a successful community.

“We’re just the first people to bring this practice into the tech space… If we look to deeper patterns and structures, we can put ourselves back in the driver’s seat.”

No matter who you’re working with, and what mission you’re working toward accomplishing, there are five staple ingredients to building a healthy, vibrant community.

5 Ingredients for an Enduring Community

So how do these five traits show up in other organizations?

Alcoholics Anonymous brings together people who want to make their lives better, to triumph over addiction, and they sum this up with the following quotation: “I have found that the process of discovering who I really am begins with knowing who I really don’t want to be.”
Ana outlines how the five ingredients work within AA:

What is Burning Man?

“A Disneyland where the participants create all the rides.” – Michael Mikel, Co-Founder

“I think, fundamentally, open source does tend to be more stable software. It’s the right way to do things.” – Linus Torvalds, Project Lead

Linux is an open-source, community-driven software system, which also includes the five key ingredients of an enduring community:

Then Ana went on to define how the five ingredients of enduring communities work at her organization, StackExchange.

Ana continued to explain that “Community is an applied social science,” and as community managers, we’re the pattern matchers in the “weird tangles of human interaction” that are communities.

“Oftentimes, staring into the huge swath of interactions that take place within a community, it looks like you’re staring into chaos.”

The importance there is to stare into that chaos and extract meaning from it. That’s the job of a successful community manager.

[inlinetweet prefix=”” tweeter=”” suffix=”-@anoemi at #CMXSummit”]”Oftentimes, staring into the huge swath of interactions that take place within a community, it looks like you’re staring into chaos.”[/inlinetweet]

If we don’t define what community building is, others will do it for us. This gives us an opportunity to step up. But while the onus is partially on us, not every organization is going to embrace the five traits or community in its truest form like we will.

“If you’re not in a place where you’re empowered to do your best work, find somewhere that you are.” 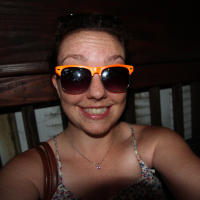