Caleb Gardner, Deputy Digital Director of Organizing for Action joined us to answer the question “how do you build a movement?” OFA’s approach to building a movement has a few pieces to it:

OFA wants a long-term grassroots movement that makes change for this country; they want to foster and sustain a community of people moving towards a common goal.

The work of OFA’s community can be grueling work — moving policies forward, working with legislatures, etc. How do you get a group of people who want the same things to want to continue working together and working towards the same goals?The answer can be found in community building.

Here are Caleb’s solutions to making people feel like they’re a part of a movement:

raditionally, when we think about communities, we think “you’re either in the circle or out” — known as set theory in mathematics. The opposite is the center-set model. It’s not important what your ideology is; what matters is where you’re going. There are some people who are moving in the same direction, towards the same goals, with the same values. Then there are others who are on the same page some days, but not on others. Then there are people who have no idea who you are.

The question in building a movement becomes: do you want to join us in this journey? You must tweak your communications with people depending on where on the path or journey they are. For example, you’re going to communicate with someone who has the same ideals differently from those who have no idea who you are.

You can now watch the entire talk from CMX Summit:

Subscribe below and get more articles like “Caleb Gardner of OFA on How to Build Communities that Take Action” in your inbox. 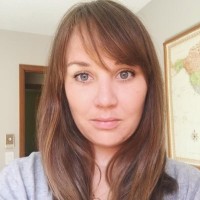