From Community Member to Community Builder: How SwiftKey’s Ryan Paredez Went from Fan to Full-Time Hire In 2010, I downloaded an Android app that changed my life.

On a day like any other, I perused my usual Android fan blogs and came across this blog post: SwiftKey exits beta, on sale until September 30. Like the majority of us, I hardly paid for apps on my phone, but I was convinced that this product was worth the paid download (plus, yes, it was on sale).

I instantly fell in love with the SwiftKey keyboard product because of the brand vision and the predictive power that it offered back when Android was still a rather mediocre platform. I then followed them on their respective social networks, joined their VIP Community, and participated in their private beta groups once I was invited in.

Today, I’ll share my story and exactly how a prospective professional community builder can leverage community membership into a career. If you’re looking for a job with your favorite app or company, here’s how to make that leap happen.

As my CMO said to me once: “What better people are there to hire than those that are passionate about your product?” Hiring a community member is a win-win match, and you can make your case through thoughtfully deepening your membership.

In 2012, after participating in the SwiftKey forums for several years, I got an email from the team inviting me to take part in a documentary about their users.

I had never done anything like this before, but I dropped what I was doing and replied that I wanted to participate. A few days later, I got an email back confirming I would be part of the video.

During the documentary shooting, I met Joe Braidwood, Chief Marketing Officer of SwiftKey. I learned that he was moving to San Francisco from the UK to help build out a U.S team. After we filmed my part, I remained in touch with Joe and we kept in light touch over the next year or so.

After my previous startup and I parted ways, I reached out to the people I knew, letting them know I was looking for work. Even though I had only met Joe in person once, I figured he would maybe have some leads. I gave it a shot and emailed him out of the blue.

I wasn’t asking for a job at SwiftKey. Instead, I just let him know I was wondering if he had any ideas about companies hiring with the set of skills I had.

He replied back and said, “Let’s meet up for brunch.”

The conversation ended up going better than I thought. In fact, it went in a direction I was never expecting. He told me how SwiftKey was looking to expand their community team. At that point, I probably had the biggest smile on my face.

Joe asked me to take a look at their support process and let him know how I could make some improvements to it. So I took initiative and created a three-page document that broke down how things could be improved.

After a few months of emailing back and forth, I finally got an email from Joe with a job offer. That’s when I became the happiest nerd in the world.

Here’s How to Go from Fan to Full-Time Community Manager:

Looking for a job as a community manager for your favorite brand? Start thinking long-term. As you saw, this process did not happen overnight for me. This is a long game, and you have to deeply invest yourself over weeks, months, and years. But fear not: If you truly are passionate about the product, this should feel like second nature.

1. Get involved early on.

This is why it’s beneficial to be part of early betas and branded communities. You never know who you might meet, what connections you can make, or how the company may evolve. The sooner you are on their radar, the more of a voice you end up having in the company. I will note that this will work better with companies who already believe in the power of the community.

What do betas look like and how can you find out if the company has one? They often take shape in company-sponsored forums, Facebook groups, Twitter chats, LinkedIn groups, etc.

During the onboarding process, you may also get an email from the team. Instead of ignoring it, actually reply to it and connect with the team building the product you love. Most of the time, these emails go to a real human who reads every message that comes through.

It never hurts to reach out to your favorite brand and give them a shout, whether it’s just a thanks for being awesome or for product feedback. If you’ve given a lot of effort to the previous point, they’ll welcome your contact usually with a personal response.

You can also connect with the team in other ways, by reaching out through customer service, Twitter, or scouring LinkedIn for their employees and following them and learning about their career paths. It’s okay and actually rather flattering to reach out to ask for mentorship or guidance. Just be respectful of boundaries and how much time you’re asking for.

Being open and honest is also a bonus. In my case, reporting feedback on new features and bugs was part of my role in the community. If I did not like something, I was open about it.

There is a difference between being open and an ass. You can give your feedback in a non-rude constructive way. Remember, no one really wants to help someone once you’ve been rude or cursed them out. Some community teams have a zero-tolerance for this kind of behavior. We’re humans too.

It’s totally fine to ask someone on the team if you can talk to them more deeply about your feedback. In fact, this is exactly how Pinterest’s Enid Hwang got her job as community manager: she sent bug reports again and again to the team and gave suggestions for how they could make the product better.

While you may not immediately be interested in working for a company, you can still follow and engage with them on social channels to get a feel for them and their community. You never know what kind of interaction you may have in the future that might spark a future interest.

Get involved in any and all programs that they have for members, such as meetup groups. Take leadership and ask how you can help. If they don’t give you something to do, keep asking every few weeks.

Product Hunt, for instance, hosts meetups on a regular basis where you can actually meet the team.

5. Continually check in (respecting their time, of course)

This is a tricky one. No doubt. I was once the eager job-hungry passionate user who now had my foot in the door. There is a fine line between being pushy/aggressive and being excited, eager, and passionate.

I had to push this boundary during my conversations as it was over summer and my connection was busy with conference season. Everything eventually fell into place.

If you’re offering to help, just remember that most people don’t mind you pinging them a few times to remind them to do something. It’s likely they’re swept up in work. And when they reply, go the extra mile to be helpful.

All check-ins should not simply be about what that person can do for you. Put yourself in their shoes, or read this post on how to write quick emails to busy people. It’ll do you a world of good.

Even before I joined SwiftKey, I was learning about communities and community building at my previous startups. It was a new field for me to learn and I enjoyed practicing community skills and networking in the space. This is how I was able to put together recommendations for the team before I was officially a community hire. It’s never too soon to put your community leadership and know-how to the test.

There are a lot of ways to do that these days:

While doing all of this work does not guarantee you a job, it will guarantee that you’ll be noticed by the team at the company where you dream of working. If you’re new to community management, are trying to get a foot in the door at a new company, or you can’t seem to get a response to your resume every time you send it in, it’s quite possible that the company is looking for someone they already know. After all, hiring an avid fan to run their community makes a lot more sense than hiring a total stranger.

If you do all of this, not only will people take notice, but once you join the team, you can hit the ground running with existing relationships and tons of knowledge in your back pocket. That’s the kind of thing that would make any employer happy to hire you. 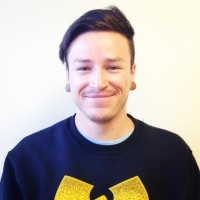