Five Lessons on Building Community from General Assembly and Daybreaker Matt Brimer, the Co-Founder of General Assembly and Daybreaker, has years of experience building community professionally and personally. Today, he discussed how to build brand and community with in-person events. He admits, initially, it is hard to measure and quantify our industry, especially within events, so he’s excited to share how they work together to build community.

Matt’s history of offline events coupled with online engagement extends to his early startups and ventures, which consistently focus on this dichotomy. He enjoys to connect people around a brand, enjoying events as a means to engage with people directly.

He begins with New York in 2009, as the recession hit NYC, with tech transforming every industry. The local industry was burgeoning, but disjointed and ad hoc. He could see that people were seeking new career paths, new skills and new inspiration. This was prompted him to create General Assembly, focusing on a physical place to build community face to face. He wanted a space for people to have a shared learning, fostering connections, networking, job opportunities and friendship.

Fast forward to New York in 2013. Matt had an itch to build more community (something many of us community professionals deeply understand). He loved music and live entertainment, but was frustrated by the current nightlife offerings in New York. He also saw an opportunity in capitalizing on a sober morning experience with music, dancing, yoga, and community. This is how Daybreaker was born.

His mission was simple: “Let’s create an exhilaration, positive, values-driven morning dance party experience that will start off your day unlike anything else.”

Focus your early efforts on building a powerful core of true believers, ie activated early adopters. Examples include 1×1 coffee dates, group dinners, space tours, while manually building email list person by person. These people all had direct contact with him, with his first newsletter reaching 1,000 people. These early adopters help you build the larger community, establishing the brand and becoming evangelists.

2. Give Karma, Get Karma

Give! Be as useful as possible. Connect, inspire, support. Well-placed introductions add value to the ecosystem, which benefits all. The karma you send out inevitably comes back to you. He suggests trying to make 2-3 intros per day as a habit, focusing on increasing the network density around you. Matt provides examples of times he reached out to his network for help, suggestions and job referrals, and since he had connected so many others, people were excited to help in return.

Codify the founding principles of the brand early to build the community ethos (and ultimately the business). He learned at GA the culture of reciprocity through a “I’m offering/I need” bulletin board, encouraging people to support each other versus just the company supporting them.

At Daybreaker, the culture of positivity and warmth in their music, check in process and closing remarks at each event fuel that community connection. By establishing clear norms and values, the community lives and breaths the brand values with the company.

At General Assembly, this included people before the machine, learning by doing, and journey over destination; at Daybreaker, it was camaraderie, wellness, self-expression, mindfulness, and mischief. Because who doesn’t like some good old fashioned mischief!

Think about offline UX design by creating experiences that are magical and memorable. This can simply be done by engaging people IRL. Examples include taking people to the edge of their comfort zone with a 7 am sober dance party; surprising and delighting with unexpected performances, spoken word, or new locations; or intimate fireside chats with relevant speakers and amazing people.

Examples include General Assembly workshops and events that are open to the public, but membership and courses were selective and by application. Daybreaker’s invite-only, password-protected events avoided any initial PR to allow for the community to flourish on its own until the core was strong enough to support a larger population.

General Assembly and Daybreaker are both about building community at their core—and are doing so by focusing on building  strong brands. Both organizations are empowering people to transform their lives for the better, connect with like-minded peers, and pursue their inner calling. Without a strong brand, the communities wouldn’t be as loyal. Without a strong community, the brand wouldn’t be as valuable. A strong brand plus a soulful community lets people intimately connected to the brand, and each other.

See you at the next Daybreaker event! 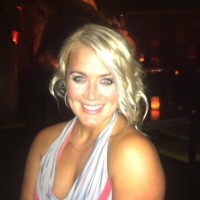 Ashley Hayes is a visionary community leader and builder in the tech and startup space, with extensive experience in crafting global community, social media, marketing, branding and public relations s...