Don’t Leave Money on the Table: How to Negotiate Your Next Community Job Offer

Negotiation certainly wasn’t something I learned when I started out as a community manager in 2006. Back then, I was just excited to get paid to talk about the TV show LOST in an online forum for 10 or 15 hours per week. However, as Community Management shifted from a fun side-gig to the career I pursued, I knew I had to get more serious about my work and my value. I had to learn to negotiate.

I have learned a lot since 2006 as my career has progressed. Today, I’ve distilled my advice into 6 clear steps to take when looking at taking on a new community role and how to approach each one. I’ve also asked a few colleagues to share some tips they’ve picked up along the way about how to properly negotiate your next job offer.

Earlier this year, one of the co-founders at Townsquared approached me with an awesome opportunity, at first just asking my advice on how to fill an open community position on their team. It was a rare find, where the company offered an opportunity to work on exciting community programs supported by an awesome team. It was just about good enough to pull me away from my previous role.

A good half of the offers and interest that come my way from recruiters shows no actual correlation to real community, so opportunities like this aren’t common.

When a role is good enough to get to the point of negotiating salary, talking about numbers and benefits is the last thing I want to do. I’m just excited for the opportunity and my inclination is to take the first offer they throw out there. But, as I have learned time and again, that would be a huge missed opportunity.

As I entered the interview process for the Townsquared position, the role definition continued to evolve. It became clear that, though the original job title was Community Manager, the role would quickly shift into something much more extensive than originally planned. I knew I would one day need a few more localized community managers to report to me.

When it came time to talk contracts, I proposed an alternate title of Head of Community, which I could later grow in to the Director title. They counter-proposed, jumping straight to the Director title. This was the first time I truly realized that I was holding myself back artificially and that — even moreso in startups — everything is negotiable. You’d be missing some major opportunities if you don’t also approach any new role with this in mind.

The 6 Steps to Negotiating Your Community Job Offer

Some companies may be hiring a community manager for the first time and some may be redefining another role to become community focused.

“Community Manager” is a relatively new title anyway, so many companies don’t really know where the role fits in the pay scale, let alone the org chart. It’s your responsibility to let them know where you should stand. If you don’t see eye to eye, that is already a red flag.

When you go into negotiations (usually after a few interviews), have your own benchmarks ready to go. Check out resources like Salary.com and Glassdoor.com or reports from Social Fresh and The Community Roundtable. Look at the following aspects when comparing your salary against others:

“The best benchmarking can often be found within your own network,” says Caty Kobe, Head of Community Training at Feverbee. “Ask other people that you know if they’re comfortable sharing their salary range. Most companies say they do market research to ensure competitive salaries, but the truth is that many don’t.”

2. Do Your Research and Ask for Information

Many Community Manager roles exist within startups and, depending on who’s crunching the numbers, between 30 and 90% of startups fail. Startup founders are (and should be) deeply passionate about and committed to their ideas, but before you get swept up into their enthusiasm, do some research into the market they are entering.

“Deeply understand the business model and the state of the business,” recommends Evan Hamilton, Director of Community at ZOZI.  “It’s so easy to get pitched into thinking everything’s great when it’s not.”

Ask to speak with or interview with other team members, with community members, and even with investors to get some additional perspective.

This can also help you get an idea of how community fits in with the rest of the team. Suggests Hamilton, “in my experience, it’s actually extremely important to see how the least-invested departments see you. It doesn’t matter if your boss is behind you if the head of engineering isn’t.”

3. Don’t Let the Imposter In

Imposter Syndrome is the term for the little voice in the back of your head that tells you that you’re a fraud and just really good at fooling everyone into thinking you know what you’re doing. Women are especially prone to these thoughts.

Anecdotally, I feel that community managers, as professionals, are fairly prone to Imposter Syndrome as well. It’s hard to put a bottom-line dollar amount on the work we do (although we’re always getting better at that) and so much of it is qualitative that we often forget that what we do has a substantial effect on the way the company’s brand is perceived. If others (whether managers, colleagues, professional acquaintances, or customers) are telling you that you’re damn good at what you do, trust them.

If you need that tangible ego boost sometimes, I’m a fan of keeping an “Awesome Happy Wins” folder wherever you keep your documents (your personal computer, Dropbox, Google Docs, Evernote, etc). Add the really nice comments you receive from community members, the great annual evaluations you get, screenshots of the unhappy customers you helped turn around and more of the bits that made you smile because of amazing things you did. Then you’ll have those things ready to go for interviews as well.

Ultimately, you just have to remember that they’re trying to hire you because they see the value in community, and need someone like you to run the show. They need you.

4. Push for the Job You Really Want

For me, the way I know I’m invested in a role I’m interviewing for is when ideas for projects, plans, and programs start popping into my head in the shower. You should always be looking beyond the job that’s described on paper to what you want to accomplish in that role over the long term.

Maria Ogneva, Head of Community at Sidecar, advises: “Focus on how you could expand the job and make it more strategic, and how you are the right person to do that (always backed up by data and real achievements). Paint a picture, a vision, of how you would take the job description to the next level, so that it becomes clear that the job could be so much more. Defining the job together can actually be really fun — it’s an opportunity to explore mutual visions and explore what you can build together. This is definitely what you should do in startups, where things are changing so fast. But you can also definitely do this in larger companies too. I’ve had some positions created for my skills across all sizes and stages of companies.”

When you head into the later stages of interviewing, have short-term and long-terms plans ready to go. Know what quick wins you want to get in there and start implementing in the first 90 days and show how those lay a groundwork for where you’d like to be in the role in the next year. Plans and priorities may (and probably will) change once you actually get your desk, but plans let your prospective employer know that you’re goal-orientated and intended to deliver them results — exactly what they want to see from a successful employee.

5. Find Ways You Can Compromise

Are you willing to take less salary and more equity? Will you take less salary but the ability to work from home? Are you okay with taking a pay cut to work on something you really believe in?

“Negotiations are more than just salary,” Caty Kobe explains. “If you want to work from home X days a week, put it on the table. If you want different paid time off, a later start date, a different title, or even commuter benefits, be sure to bring it up. Some organizations will help pay student loans as well. You’ve worked hard for your salary to get where you are, and going backwards is always tricky [if you have to take a pay cut].”

“However, think about the full package that’s being offered. Will you be saving money on your commute if you get to work from home more? Will you be saving money on food if the company has catered meals? Is the company doing something that aligns with your personal needs for fulfillment? Though salary is a big piece of any negotiation, it shouldn’t be the end-all deciding factor if the culture of the company and work environment are satisfying.”

Knowing exactly where you’re willing to give in order to get elsewhere will save you time when the deadline to accept an offer is set.

In any negotiation, the winner is usually the person who’s willing to walk away.

During the interview process, sometimes you find that something just isn’t clicking for you. You don’t mesh well with the people you’ve met, the job that they’re interviewing you for has changed drastically from what was advertised (and not in a way you wanted it to), or other gut feelings may start to put you off.

If you know, at any point in the interview process, that you wouldn’t take the role even if they offered more than you expected, it’s best to save yourself and the company time and respectfully bow out of the process. It can be hard to bring yourself to do this, especially if you’re unemployed while job hunting (and because the ego boost of feeling needed is rather seductive), but it can save you from the pain of a bad fit later down the road.

In other cases, the job may be perfect for you, but the compensation package just isn’t right. “Before you ever interview, make sure you know what your walk-away price is and what your negotiable and non-negotiable pieces are,” advises Ogneva. “Interviewing is kind of like dating — sometimes you fall in love, and when you do, your mind may become clouded. Make sure to get your ducks in a row first, and then feel free to fall in love, as long as you know where your personal ‘guardrails’ are.”

It may be sad to walk away from a great job over something as seemingly trivial as money, but you have to keep a roof over your head as well.

Though negotiation doesn’t always come naturally, it’s a valuable skill to develop that will contribute to your professional growth for years to come and the numbers back that up. An increase of just $5,000 in yearly salary for a starting salary can have an impact of over half a million dollars on your lifetime income.

Worried that negotiating will make you less attractive to an employer? Quite the contrary: according to a Salary.com survey, 84% of employers expect employees to negotiate during the interview stage. Negotiating shows an employer that you value yourself, the skills you have, and the work you do — and that they should value that, too. 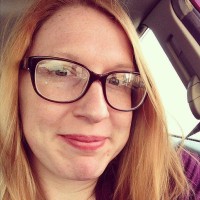 We use cookies to improve your experience on our site. By continuing to use our site you consent to use our cookiesAccept