How to Be an Effective Manager of a Community Team

A lot of community builders are working as a one (wo)man band, doing everything on their own to support their beloved communities. Far less common is the situation where you have a team of community builders working together on the same community program. As a manager of a team like this, how does one build, sustain, and grow it?

Luckily, a lot of the existing culture surrounding team management can be applied with success. I like to think about Tuckman’s stages of group development as a good starting point. It describes the inevitable phases in order for a team to grow, face up to their challenges, find solutions, and deliver results. What are specific elements and suggestions to consider, within the frame of a community builder’s team?

In this phase, a new team is created. Its members join for the first time, start to think about the common project, and the reasons to work together. They also begin to get to know each other, both professionally and personally. There are three essential key responsibilities for the team manager: establish the vision, hire team members, and connect them.

No one more than the team manager should know the reason for such team to exist, why the company needs the community. And this reason should drive the hiring process too: there are plenty of resources on how to hire good community managers and builders, but just the right skills are not enough. It’s important to identify someone who shares the same vision and is motivated by the same whys. Initially, that vision will be a strong first element of commonality among team members. Subsequently, it will help everyone to have a clear understanding of their part in the journey. Over the long period, this alignment will provide a major boost to members’ spirit, productivity, and happiness.

Once there is a common goal among team members, another manager’s core responsibilities during the Form phase is to shift the newly formed group mindset from “me” to “us,” increasing as much as possible the many:many relationships inside the team. Think, for example, about engaging members in some type of collaborative effort, so they can motivate one another and hold one another accountable. When the shift happens, the team unleashes its real potential, obtaining results that are more than the mere sum of people’s individual contributions.

To successfully deal with this stage, the manager should address areas of uncertainty and foster collaborative discussions with positive outcomes among team members, to contrast that “conflict element.”

Among those areas, two of the most important are the definition of success and the community strategy. Connected with the aforementioned team vision, identifying what success for the community looks like, and the tangible returns the community should provide, helps the group to understand how the community can serve the company, and concentrates energy and resources in one common direction

Once the definition of success is known, the manager should ensure the team creates a proper strategy to pursue it. Tools like the community strategy canvas can help to lay down a clear path to follow while leaving space, at the same time, for diverse set of contributions, added values, and creativity every team member can bring into play. The canvas should be reviewed time to time by the team, to adapt to changing factors and to tackle new challenges in pursuing success.

Another common source of conflicts in a team of community builders, is when there are divergences on the appropriate behaviors community members should have. To avoid countless discussions, the manager can help the team to find and articulate a community tone. Once decided upon, these guidelines can both reduce conflicts inside the community and, for the ones that still happen, team members can find an easier way to solve them by following the tone.

This phase is where team members really cooperate together, all working toward the common goal, knowing and accepting each other. Despite lot of positive elements, a good manager knows the major risk of this phase lies in the inability of the team to challenge the status quo. The community is a living organism, always changing; a team that blindly sticks to outdated models to support itself could potentially represent a problem.

Investing in member training can prevent that. Participate in conferences on community management, organize recurring lectures or brown bag sessions about books or the latest articles on the matter, encourage folks to actively participate in a community of community builders, and much more. Whatever is useful to broaden views and expertise of the team and to bring fresh new ideas, you should be doing it.

Once these new ideas are found, it’s important to provide team members a protected space to test them. Especially for mature and big communities, the fear of a small spark, generated by an error of a community builder, becoming a wildfire damaging the community with a negative impact for the company, can prevent the team from introducing changes. So, the team manager should first set a culture where small and controlled failures are not only tolerated, but there is acknowledgement they are needed to improve, and then allocate resources to perform tests in a protected environment. For example running focus groups, or creating a special group of early adopters inside the community, etc.

Bringing an external point of view can also help: someone outside of the team could easily identify areas of improvements for the community, without being “emotionally connect and involved” with the rest of the team members, and the community itself. Once spotted, the manager should work to create a plan to solve these issues, and follow up on its execution.

In this phase, the team performs at its peak. Autonomously, well connected with company’s goals, and with very little guidance needed. Thanks to that, the manager can collect the most substantial fruits of their labor and has more time availability. How can one reuse both of them wisely?

For example, one way would be trying to grow visibility internally into the company and to obtain more resources, in the form of a budget increase, more team members, and so on. Even if reports that show connections between the community outcomes and the company needs have to be available since the first day of the community, in this phase there is more time to increase their accuracy, deepen the analysis, extend the long-term contribution measurement. All of this should be done with one main goal: show how indispensable the community is for the company. And the team manager has to be the spokesperson of this bond, more in this phase than ever, to guarantee a bright and long-term future for their team.

Alternatively, the manager can start looking for new company challenges to address, connected either with the community-related skills team members possess, or with new needs the community can solve for the company. Has the community, initially born to provide scalable support, proven to be a good source of ideas and product feedback? What about integrating it in the creation process for new products, or new versions of them? Has the community, born to mobilize a group of people toward a cause, proven to be a source of inspiring stories and loyal customers? What about morphing it in a place for brand ambassador? Creativity is the limit.

Just a final thought to recap: every team is like a small community, and it changes over time. While the main manager’s duty always remains to connect it with the rest of the company one side, and to serve it and allow team members to thrive on the other side, knowing the most typical phases of a team can allow the manager to be more prepared, and more effective, in fulfilling their duty. 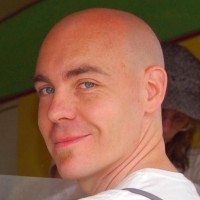 79ers, Italian, with a passion for creating environments in which great ideas can happen and people feel empowered, thanks to community dynamics and technological innovation. I also love coding, natur...